On April 28, the annual Neurology and Neurosurgery Student Scientific Interest group held the Olympiad of Neurology and Neurosurgery "Golden Hammer 2021". For the second year in a row the olympiad was organised in a platform called Zoom in collaboration with RSU Neurology and neurosurgery department, and there were more than 20 neurology enthusiasts from different study years.  At the opening of the olympiad, the head of the RSU Department of Neurology prof. Andrejs Millers, scientific group mentor assoc. prof. Evija Miglāne and doc. Kaspars Auslands dedicated encouraging words to the participants.

"The decision to take part in the Olympics was a big challenge: am I brave and smart enough? If a doctor wants to develop, he must be able to make unusual decisions and be prepared to take responsibility for them. I believe that the work in the neurology department contributed to my successful result. Not only is the olympiad a way to test your knowledge, but it allows you to find out your strengths and weaknesses. Many thanks to the group and the organizers of the olympiad for such an opportunity," the first place winner A. Baborikina commented on the Olympics.

The Olympiad had three parts, in which participants had the opportunity to test their knowledge in a multi-answer test, to solve clinical cases prepared by residents of neurology, pediatric neurology and neurosurgery, as well as to show creativity in solving non-standard questions.

"Similar to distance learning during the constraints of COVID-19, the Olympiad was designed to test students' theoretical knowledge and thinking abilities and creativity in dealing with a variety of clinical situations. Together with the residents involved, we wanted to create interactive Olympiad tasks, during which students would have the opportunity to go into the patient's description and step up a plan for examination and treatment, " commented Marija Luīze Kalniņa, leader of the Neurology and Neurosurgery Students' Scientific Group.

In the academic year 2020/2021, there were nine theoretical sessions in the program of the RSU Neurology and Neurosurgery Students' Scientific Group, in which 30 members of the group spoke on various topical topics in neurology, pediatric neurology and neurosurgery. In addition, two practical sessions were organized in a remote format: performing lumbar puncture on mugs created by METC and the Department of Morphology, as well as a simulation of urgent neurological conditions in pregnant women.

The Latvian Society of Neurologists and the Neurology Development Foundation will give all Olympic laureates the opportunity to participate and deepen their knowledge at the Summer School of Neurologists, which is widely attended annually by neurology enthusiasts, including students, residents and industry specialists. 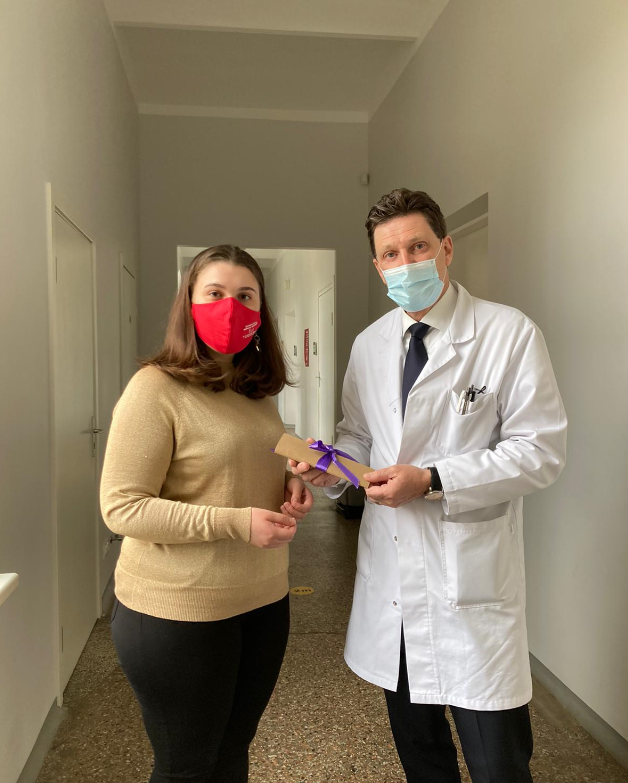 Head of the department prof. Andrejs Millers presents the main prize of the Olympiad - the neurological hammer - to the winner Alise Baborikina.​​​​​​​ 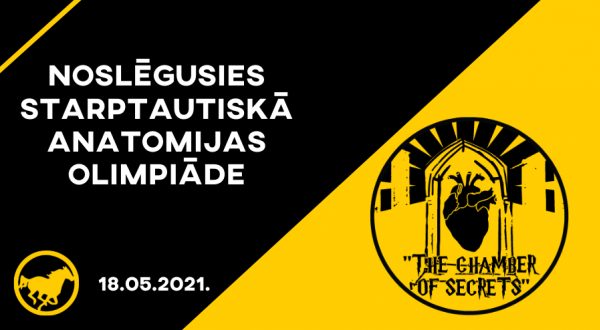